The Adoption of Deep Learning in Image Retrieval

The intention behind integrating deep learning into the domain of image retrieval is that the basic purpose is to find similar images. The users are in the quest to fetch accurate and precise results without any ambiguity. Image retrieval system that comes without any obscurity has a strong foundation for pertinent output. However, the system also comes with several blockades and barriers, which creates hurdles for the content-based image retrieval system to work efficiently. In addition to that, the system is also dependent on the features of the extracted images. The system was designed to only run a vague similarity check against the images present in the database. The image annotation system was the foundation of the content-based image retrieval system. It is considered to be the vaguest approach, and it also limits the generation of relevant output and results. The classical image retrieval system was based upon assigning keywords to the relevant images to fetch results accordingly. It was the baseline or the stumbling block for categorizing the images. In addition to that, the efficiency of retrieving images also depends upon their workability. In the past few years, deep learning has seen several advancements. The deep learning methodology is mostly based upon Convolutional Neural Networks (CNN). It also works efficiently with feature vector functionality. It helps in developing advanced algorithms for fetching relevant results for the users. The blog post will dig out how a deep learning system works efficiently in retrieving images.

There’s often confusion among people about the working methodology of image search engines. Over here, a classic example can explain the back-end working methodology. Suppose there are more than 20,000 images in a database. They come without any image annotation or lack metadata. Now, it would be difficult to extract the relevant image that you are in search of. There aren’t many options, except for scrolling through all the images, which is undoubtedly a herculean chore. There are also chances of skipping relevant images. However, the deep learning methodology, which is AI-powered, can rescue you from such a dire situation. It will match the object, shapes, color scheme, and other elements for retrieving relevant images. The tool works by matching these elements and intends to generate strong results for the users on the go.

In recent years, several advancements have taken place in the domain of image search. The CNN is one of them, which is regarded as the baseline or building block in the domain of image retrieving. It could be regarded as an impersonator to our brain because the human brain also creates semantic patterns to visuals. The system has the ability to recognize textures, lines, curves, colors, etc. It is designed in a way that there are convolutional layers. The layers are loaded one by one on each other. However, the layers aren’t separate entities, but they are interlinked with each other. The layer’s output becomes the input of the next layer, and the process continues until the final results aren’t generated. The spatial features are extracted from each layer. In this way, the image similarity works by extracting the most relevant images. It is quite helpful for everyone out there to find similar images.

Machine Learning and Search by Image

The image search engines are incomplete without machine learning. It has the true potential for solving all the real-world problems on the go. Image recognition is among the few domains in which machine learning has set certain advanced parameters. The task of fetching similar and relevant images was previously performed by human beings. However, the advancement in technology has shifted the task from the hands of humans to digital devices. Engineers and data scientists have developed several advancements in the process of image recognition. Advanced algorithms are in working condition in the image search engines, which are effective in multiple aspects. In addition to that, the graphic processing unit is also one of the methods for fetching accurate results. The content-based image retrieval system works efficiently in accordance with the graphic unit processing. There are certain limitations, but they can be overcome by new advancements. The process of retrieving images with advanced algorithms still needs to be explored with robust approaches.

Image Search and Its Relation with Feature Vector

As explained earlier, the convolutional neural network works the same way as our brain functions. The algorithms to work efficiently need a strong mechanism that could have the ability to compare the features for similarity. It classifies the images by comparing them with several other images. The model is built upon a predictive structure. It is merely a matter of vectorizing images to align them in a particular order. It could work as a relational database and could be transformed into an API. The API will help in integrating with any web or mobile application for executing the search.

The above-mentioned structures are the baseline for image search engines to work efficiently. Generally, it comes with a convolutional neural network and, in advance forms, supports the feature vector for classifying the images. Associate embedding is required for the generation of a string database. The nearest neighbor is regarded as the computational module to process the search. Therefore, it is regarded as the foundation for the modern machine learning processes to execute. As a result, the process has become swift and expeditious in retrieving precise data for the users.

It is often assumed that the ideal scenario would be image annotation. However, there are cases where it becomes obsolete and advanced search algorithms become the need. There are also cases where the databases are more or less unstructured and messy, but the deep learning technology has the potential to extract relevant visuals from it. The article explains the deep learning process behind the image search and has no intention to elaborate on the limitations. After going through this blog post, you will be able to understand the complexities and functionalities that tech persons commonly come across with the prevailing database infrastructures. 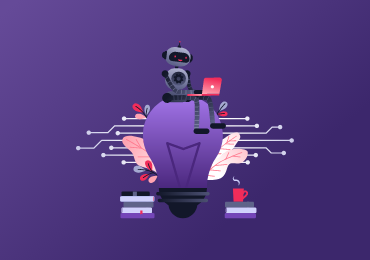 The Adoption of Deep Learning in Image Retrieval 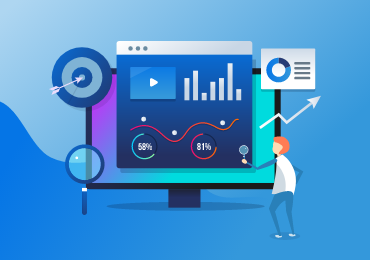